Followed a very pleasant public speaking course from Herman. In a positive and playful manner (and not in a bigger group than 6) Herman showed us how enjoyable public speaking can be. The quote that stuck with me from that day: “The best way to get over your fear of public speaking is to learn how to enjoy it.” Don’t prepare too much beforehand, that’s a sure way to mess up.
Ted van der Reijden
Read more reviews.. 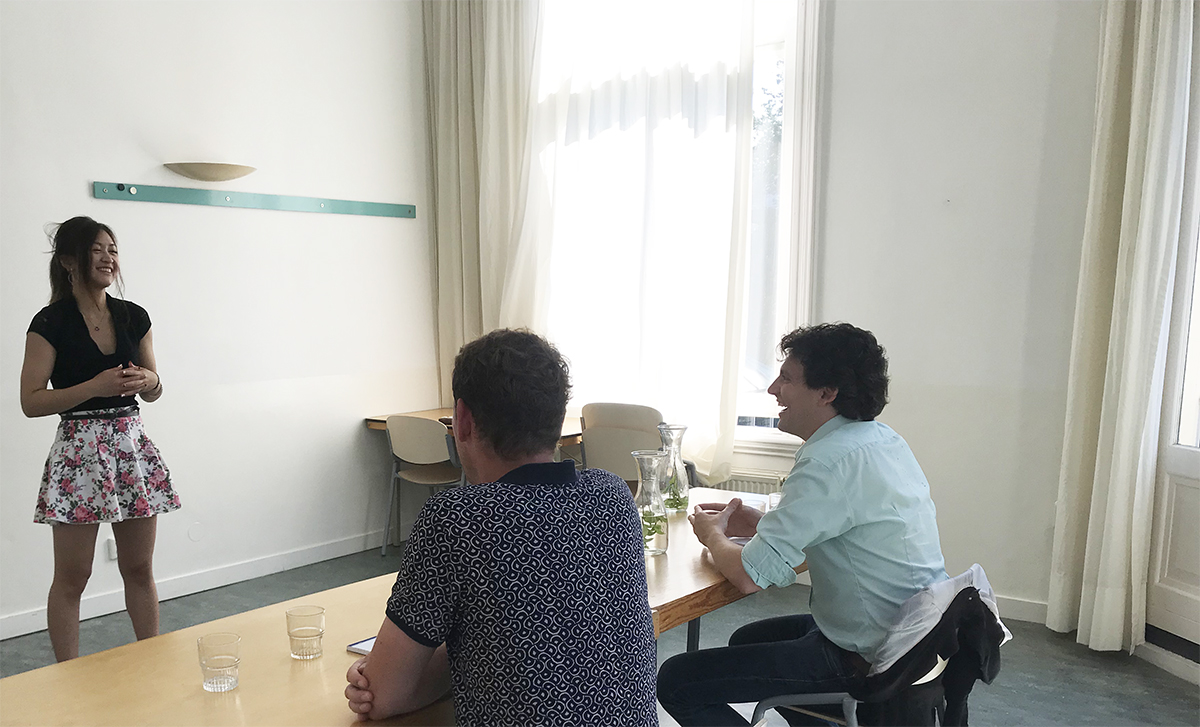 What is public speaking?

Public speaking is performing a speech in front of a live audience. Now days it is a formal way of communication. Back in ancient Greece it was an important skill to have, because back then people didn’t have lawyers that would speak for them. Any citizen who wished to succeed in court, in politics or in social life had to learn techniques of public speaking. Even back then there were people that were teaching others the skill of public speaking the well-known Aristotle was a person that gave public speaking class. This skill of public speaking was thought to students and teachers, and is still an essential part of teaching.

Modern technology has had a big impact on public speaking. Now days you have different platforms/ways to reach your audience. You have social media and YouTube, you also have the television broadcasts that can be used to reach an audience. Modern software also have their role in public speaking, you can use PowerPoints to help you give visual aid to your audience. All these innovations have made it possible to reach bigger audiences than ever before.

Where is public speaking used for?

Amazing training by Herman Otten. At first I was very nervous but as the training progressed I got comfortable standing in front of a group. Not only did this training help me be myself in front of a group but also in my day to day life. I’m forever grateful to have been part of your workshop!
Harm Binnenkade
Read more reviews.. 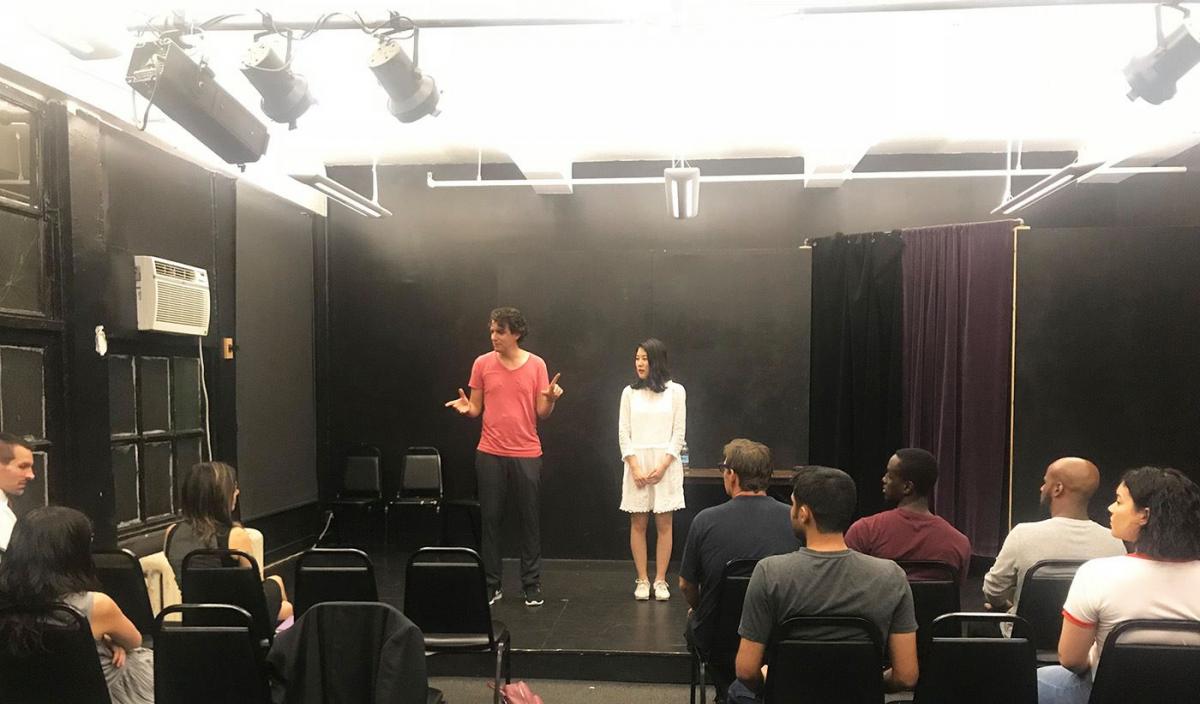 How to get better at public speaking?

The public speaking workshop is given by Herman Otten. Herman graduated as an actor at the Utrecht school of arts. After that Herman proceeded to direct and act on Dutch television. Now Herman is widely known for helping people from every walk of life to get over their public speaking anxiety. Currently Herman has even more than 10 years of experience under his belt as a coach and teacher. To date Herman teaches public speaking workshops all throughout the Netherlands and in NYC! More about Herman.

The public speaking workshop takes 1 day from 11 AM until 6 PM. During the day we’ll have two coffee breaks of 10 minutes and a longer break of one hour in which we can eat lunch together. 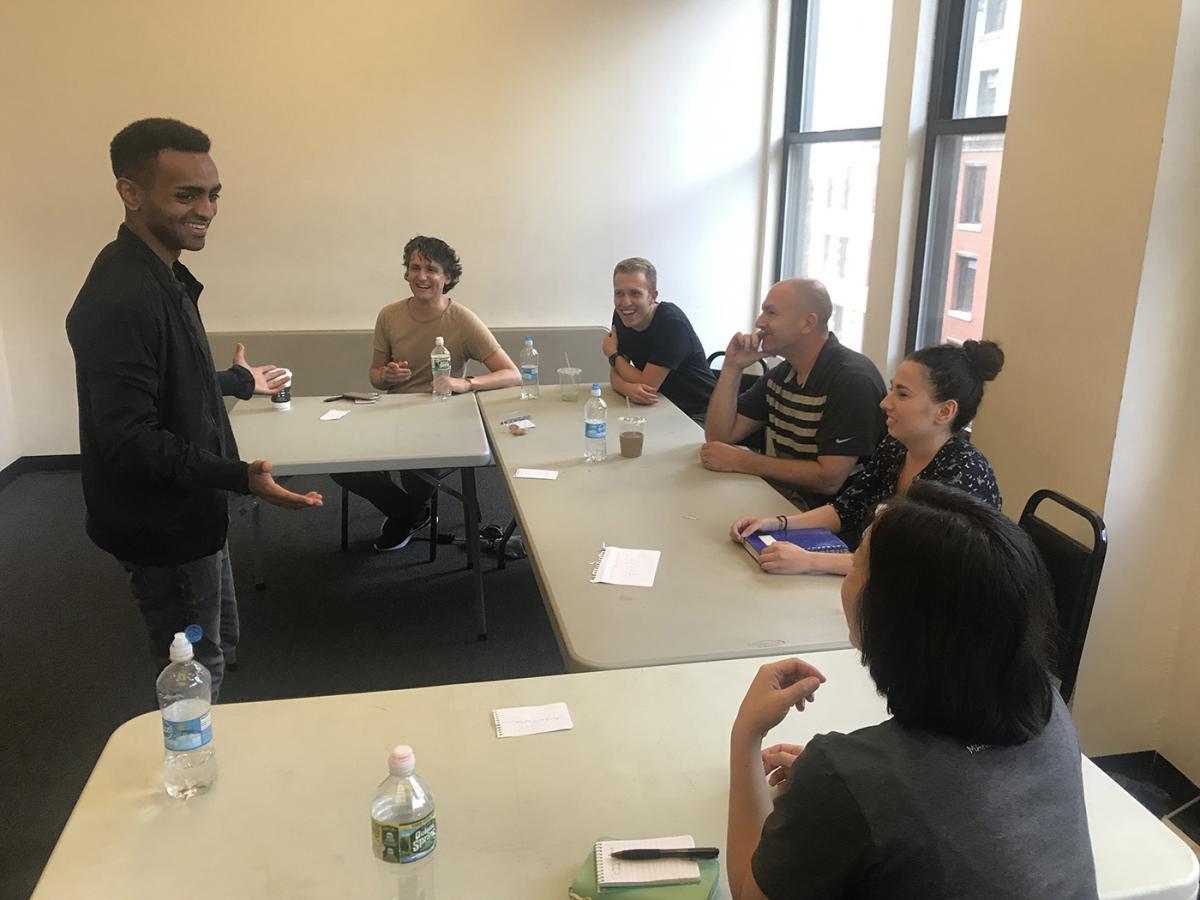 Please let us know if you have any questions.
Or check out the frequently asked questions to find out if your answer is in there.