It has been the second time I followed a training with Herman and once again I’ve enjoyed the experience. Not only useful tips and tricks but also a lot of revelations and a big step outside of your comfort zone. This makes the workshop very instructive in an enjoyable way. I highly recommend!
Katrin Jansen
Read more reviews.. 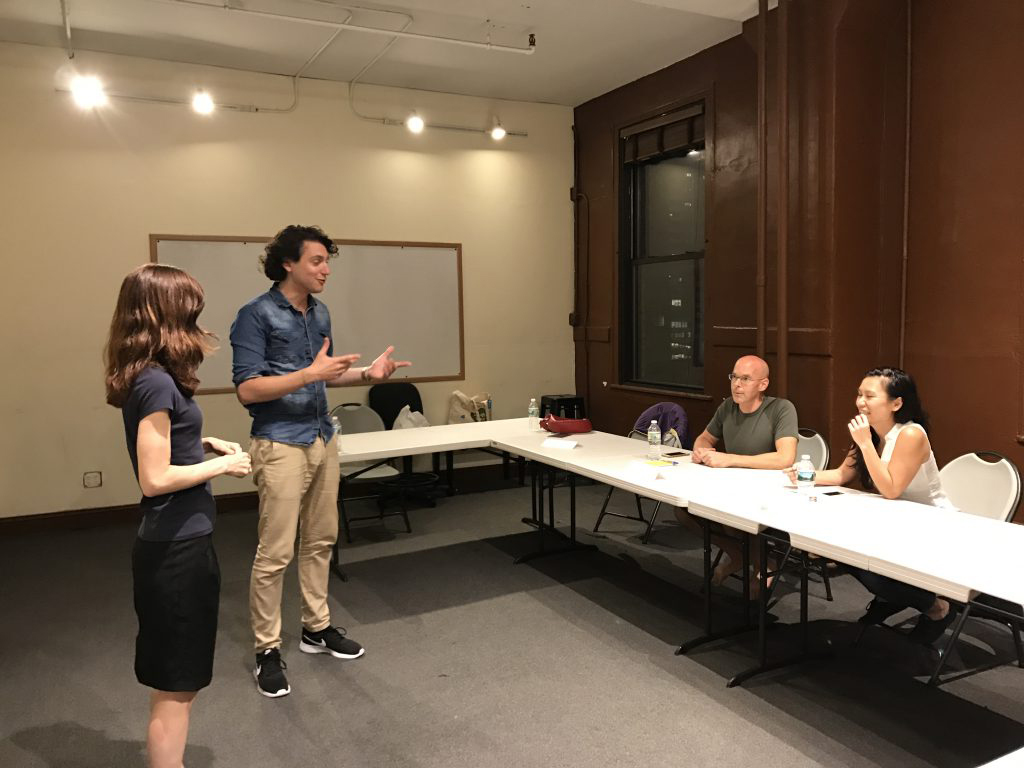 Why the fear of public speaking?

Experiencing fear comes with a physical feeling, you feel your body reacting to the situation you’re in. Fear of public speaking comes naturally with a physical reaction, your body makes adrenalin and you as a person feel those consequences of that adrenaline pumping through your body. You start breathing faster and your heart starts pumping faster.

Every behaviour that occurs happens in some kind of context, behaviour isn’t there on itself. Public speaking happens in different kinds of situations, at your work, at home with your family or with your friends. Most of the times people are experiencing the most fear of public speaking at work, because it is a professional context and think you can’t make mistakes because they’ll think you’re bad at you job or something like that.

Herman Otten is a kind person. He has the right connection and feeling regarding to training and coaching. His broad experience in the acting field gives the whole group a warm ‘bath’ of confidence. Definitely an added value. His workshop is very energetic and creative. Herman has is very sensitive personality. He always thinks in possibilities and wants the best for his clients.
Eugene Bos
Read more reviews..

How do you overcome your fear of public speaking?

Now that we know what the main causes are of our fears we know what we need to change or improve in order to overcome the fear of public speaking. Let’s have a look how a training can help you. The physical factor sounds like something you can’t change, but less is true.

The public speaking workshop is given by Herman Otten. Herman graduated as an actor at the Utrecht school of arts. After that Herman proceeded to direct and act on Dutch television. Now Herman is widely known for helping people from every walk of life to get over their public speaking anxiety. Currently Herman has even more than 10 years of experience under his belt as a coach and teacher. To date Herman teaches public speaking workshops all throughout the Netherlands and in NYC! More about Herman.

The public speaking workshop takes 1 day from 11 AM until 6 PM. During the day we’ll have two coffee breaks of 10 minutes and a longer break of one hour in which we can eat lunch together.

Please let us know if you have any questions.
Or check out the frequently asked questions to find out if your answer is in there.